You know the name of Peter Paul Rubens and maybe you could tell it’s a famous Flamish painter in far-gone Flanders. But how about his style? Do you know in which century he painted his masterworks and what makes his paintings spectaculair? Refresh your memory with this crash course on Rubens.

You don’t have to remember, even I as a historian don’t; the dates of Rubens life and painting career. These dates only tell us his succesful years took place in the seventeenth century*. In that century, the Golden Era for the Netherlands, large parts of Flanders were incredibly prosperous. It’s result was that there were large sums of money avalaible for costly art. And exactly that kind of art was what Rubens created, in his Antwerp studio we now know as ‘Rubenshuis’ (Rubens’ house).

This Flamish wealth was prevalent in Rubens’ life. His rich family had connections in the fancy circles, where Rubens found his leading teachers. And after his ‘graduation’ he received assignments from royal art appreciators. Even though the best pigments and pensils were at his disposal, his great succes was his eagerness to learn and the inspiration he drew from the best painters of his time.

Movement, drama, and the rustle of expensive clothes belong to Rubens

Rubens’ income and life were exuberant, a word that applies to his art as well. In the early seventeenth century, the baroque style predominated European arts. Movement, drama, and rustle of expensive clothes belong to this style, characteristics that encompass Ruben’s work. If thát doesn’t overwhelm you, the not-to-miss sizes of his paintings most likely will.

But if you see a painting by Rubens, ask yourself why it is seen as typically Flamish. Many discussions have been held on the extent to which Rubens was Flamish really, because he was heavily inspired and influenced by his trip to Italy in 1600. This is where he met the gifted painter of bloody scenes; Caravaggio. The Roman and even Greek art visible in Italy left deep impressions in his creative mind. Nevertheless, Rubens had his own style that he mainly developed in Antwerp, Belgium. His almost unhuman sense of realism of figures, as well as his use of diffuse colors, kept me locked to several benches in the Rijksmuseum in Amsterdam, as well as the Louvre in Paris. Unforgettable!

Ruben’s masterworks are spread throughout Rubens and beyond. In the Netherlands you can find his impressive paintings in the Rijksmuseum, Amsterdam, the Mauritshuis in The Hague, and Boijmans van Beuningen in Rotterdam.  In Belgium you will find his dark canvasses in his own studio, the Rubenshuis in Antwerp, as well as the Saint-Baafs Cathedral in Ghent. Or in the Museums of Fine Arts in Brussels, Ghent, and Antwerp. But don’t be surprised to find stray paintings in San Francisco, Vienna or Madrid. Rubens was a very productive painter whose work got spread among many art collectors and museums. 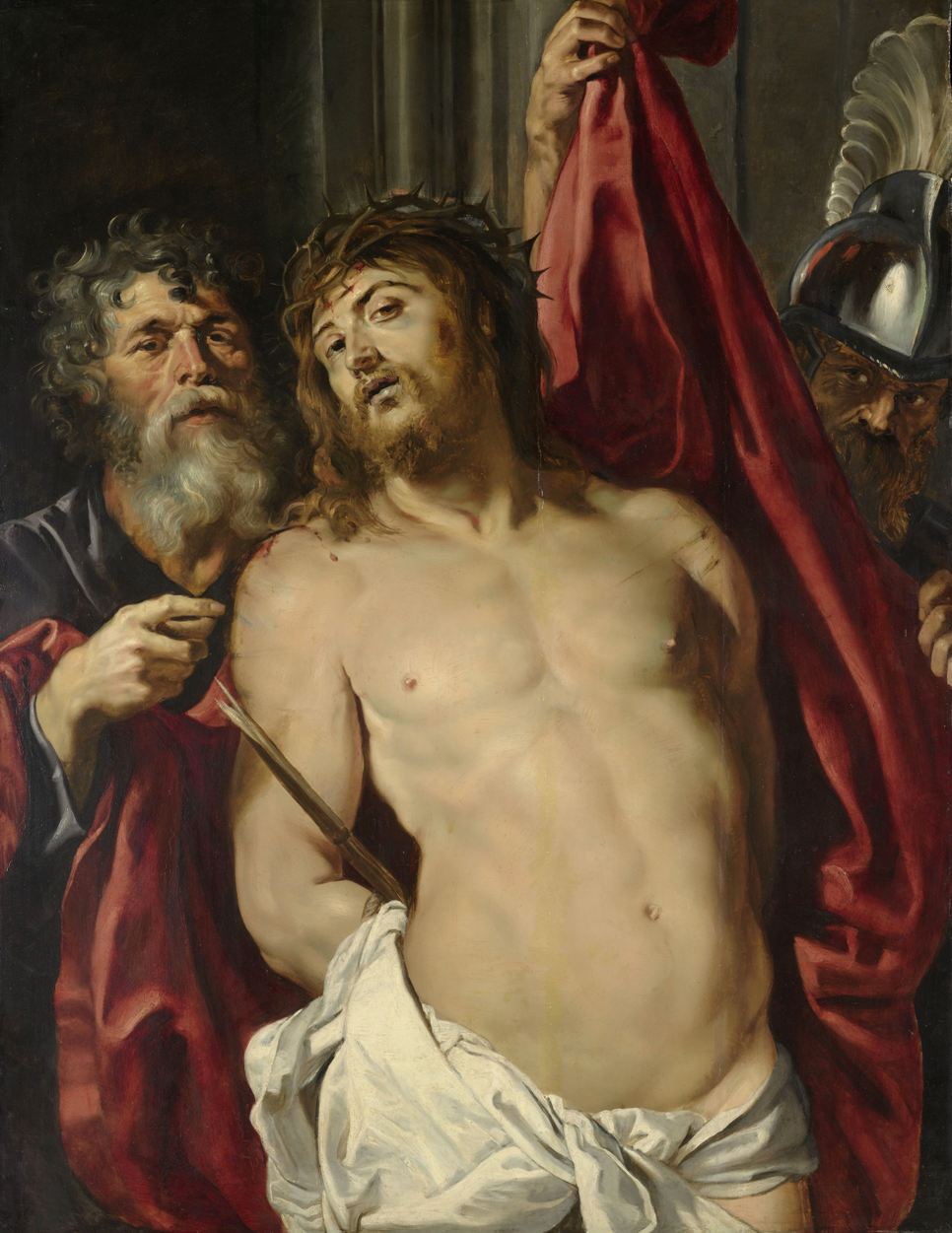