I discovered futurism in museums like Centre Pompidou in Paris and I love it. I love how futurists believed in progression of human kind, industry, and innovations; it definitely always is dynamic. Ok, and that’s as far as I want to go with all those buzzwords: dynamic, progression, innovations. What does all of this mean? And how do you see it in futuristic art? I’ll take you through the basics of the art style so that you will recognize and enjoy it better next time you find futurism on your next museum trip!

We find the roots of futurism down in the cradle of art history: Italy. And the time is the decade of the 1910s. After the artists had seen the invention of cars, airplanes, and all kinds of variations of industrial machines, they thought everything was possible. People reached higher speeds than ever before. They flew over the ocean. The conquered diseases and the elite monopoly of luxury. T-Ford brought the motor closer to the masses. So in short, the futurists saw an exciting future in the roaring industries.

Knowing this, it comes to no surprise that Futurism aimed to show this: the motion of machines, the tandwielen spinning wild, the noise and bustle of city life. Futuristic art is often busy to look at. Although it is not always this crazy, there is always movement in futuristic work. Artists experimented with the motion of people, the way they walk, the way our eyes pick up movement. One of the examples I love the most is this sculpture in Kröller Müller: 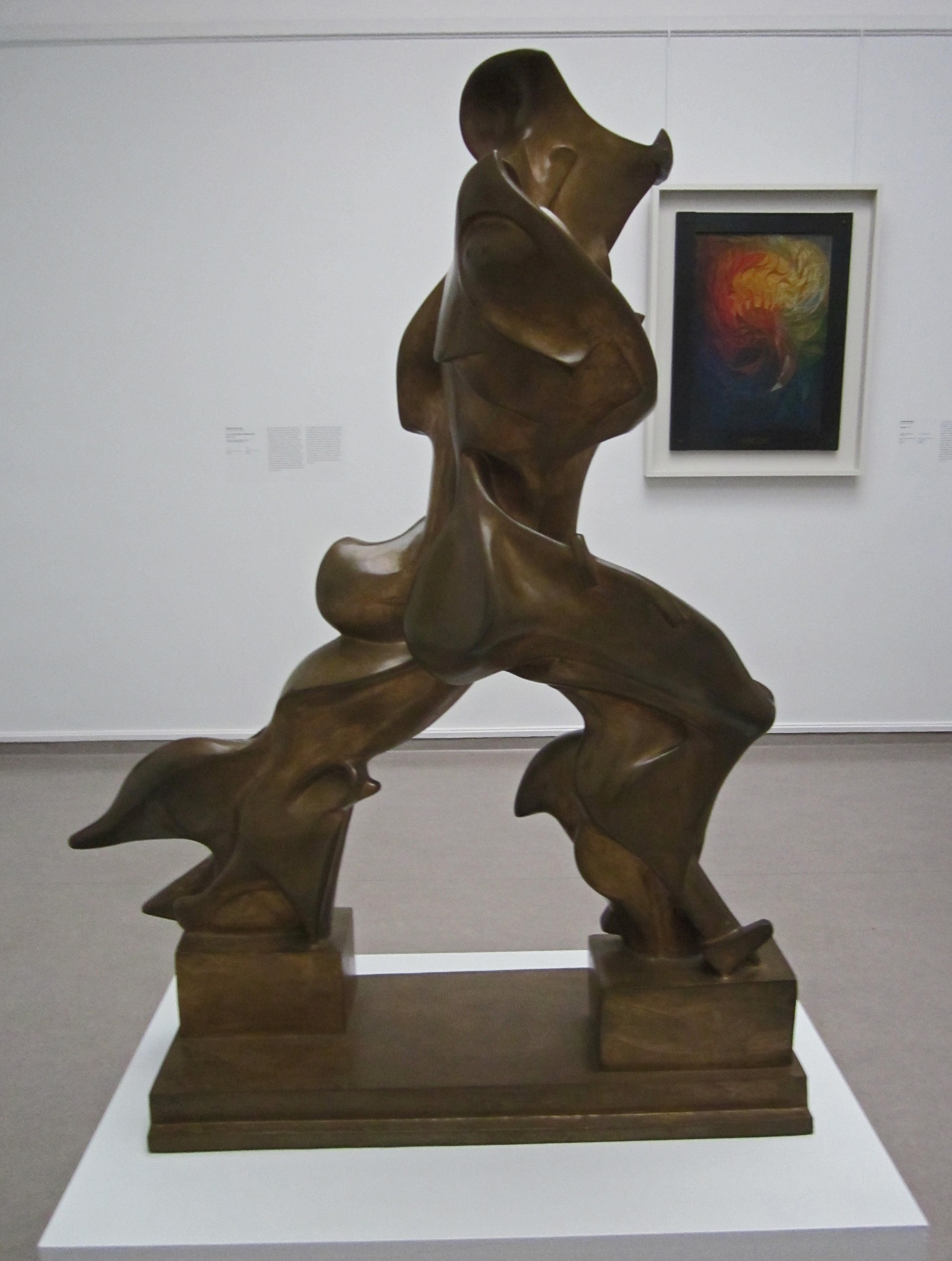 Speaking about Kröller Müller. This Dutch museum in the middle of the woods has the most complete futuristic collection. If you want to know more about the style, this is the place to go. What a contract with the serene surroundings of the natural park it sits on!

Speaking about out-of-place futurism: how surprising that the style was born in Italy. There weren’t even many futuristic artists adopting the style outside of Italy. The funny thing is that Italy was not quite the center of industries like England and France. If anyone knows why futurism was invented and stayed in Italy, please join in with your knowledge in the comments below!

Futurism in art history: from cubism to Art Deco

The story of futurism is like many other styles: artists hate the prevalent style and try to create the opposite. In the process they deny how they were influenced by the hated style in the first place. And so futurists hated cubism, but they never got to the opposite of it. It actually looks a bit like cubism on speed. As if Picasso, king of cubism, painted the future driving a Ford-T. Hyperfast velocity at the time. Both futurists and cubists enjoyed the idea of innovation and progression. They both tried to find new ways of depicting reality. 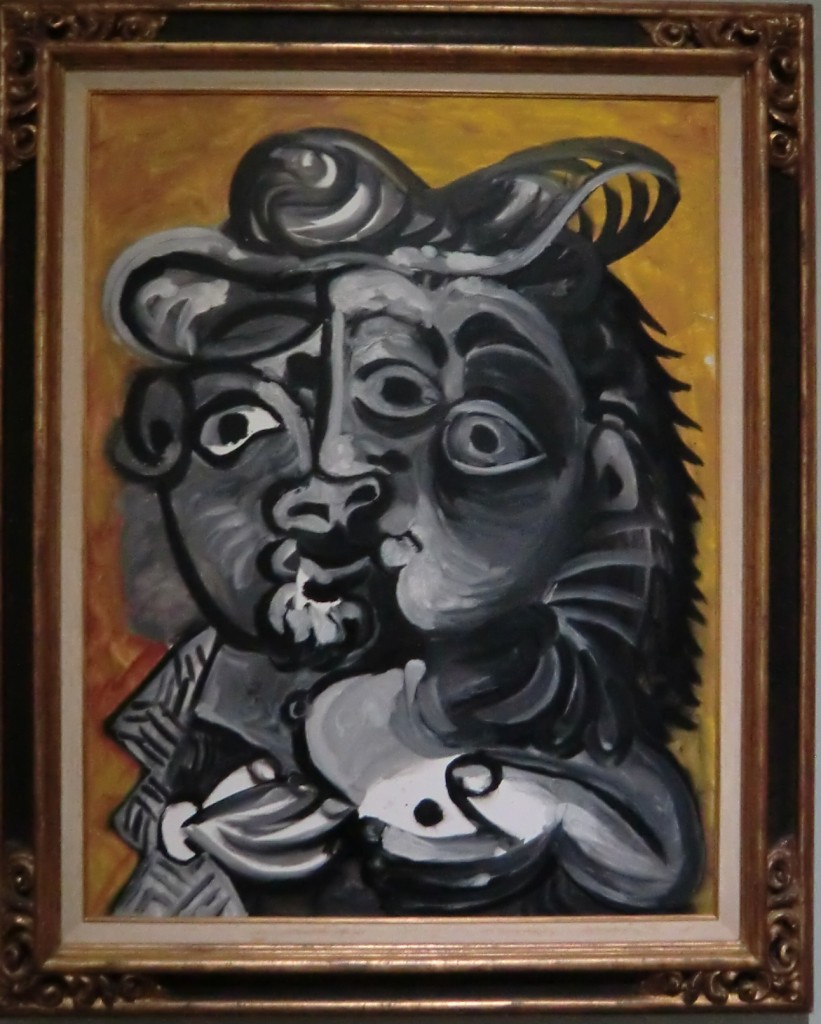 In turn, futurism had some influence on later styles like Art Deco, Surrealism, and Dadaïsm. How can you see this? Well, Art Deco adopted the industrial shapes, high contrasts, and decorative looks of futurism. Surrealists loved to imagine the future as well. And Dadaïsm sticked with the movement in art works. 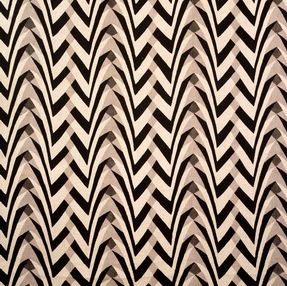 And these Italians, who were they? The best known were artists with beautiful names like Giacomo Balla, Umberto Boccioni, and Gino Severini.

was one of the fathers of futurism. He was one of the guys writing the Futuristic Manifesto in 1910, in which they proposed a total love for modernism, the future, and even stuff like war and revolution. Not all that innocent; they even supported the fascist movement. Balla found a new way of showing movement, light, sounds, and speed in painting. 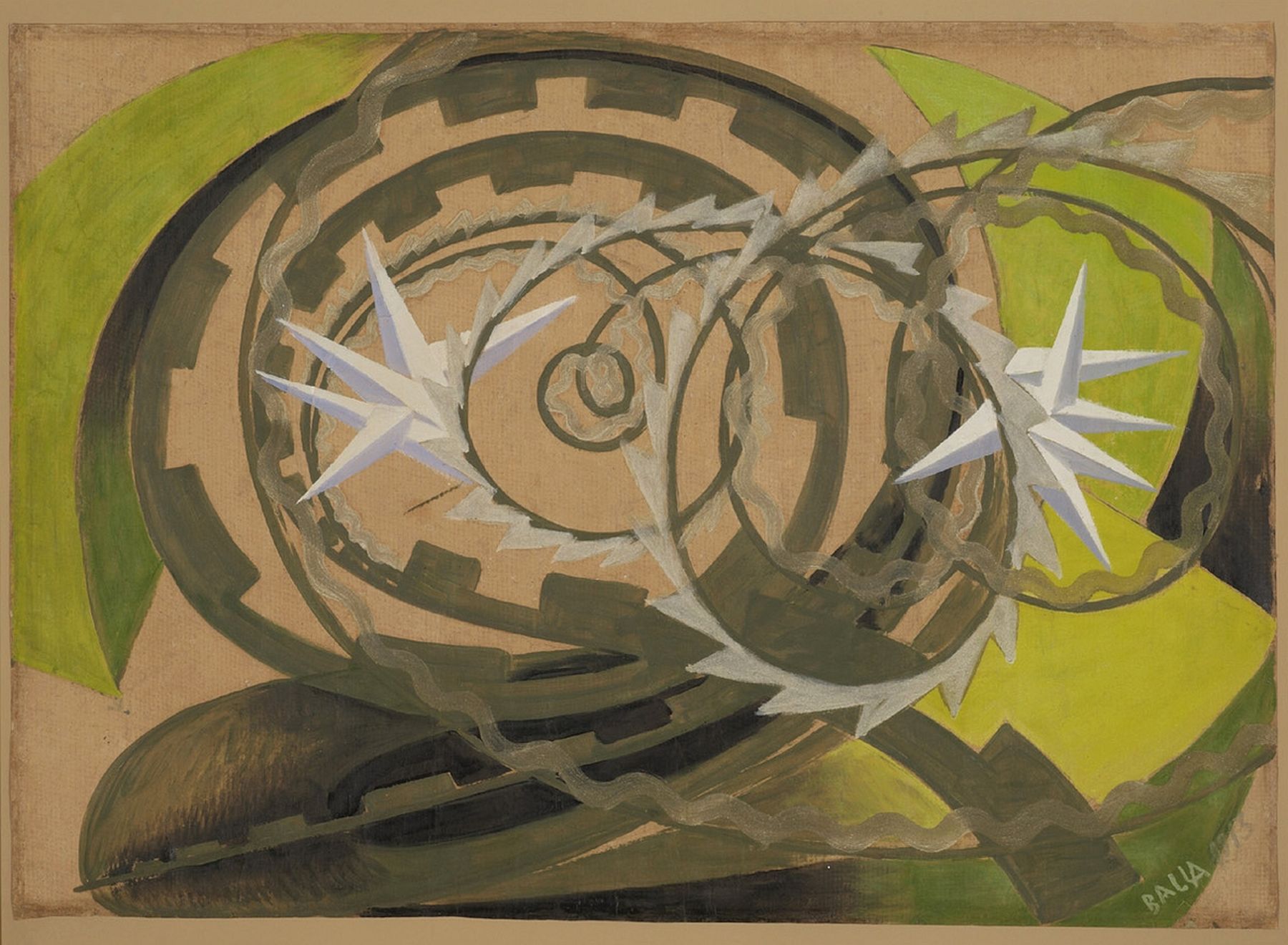 brought Futurism further. He also tried to show movement in his paintings and later started to create sculptures. His masterpiece is Unique Forms of Continuity in Space, that shows motion in sculpture in a way that had never been seen before 1913. I saw this sculpture in the Kröller Müller Museum in the Netherlands: it’s larger than a human being and it’s impressive.

was a student of Giacomo Balla and one of the main Futurists. He didn’t care as much about industry, but focused on painting movement of dancers. Unlike Balla and Boccioni, Severini later continued with other art styles. See the main image on top of this post; that’s Le Tour Eiffel by Severini! 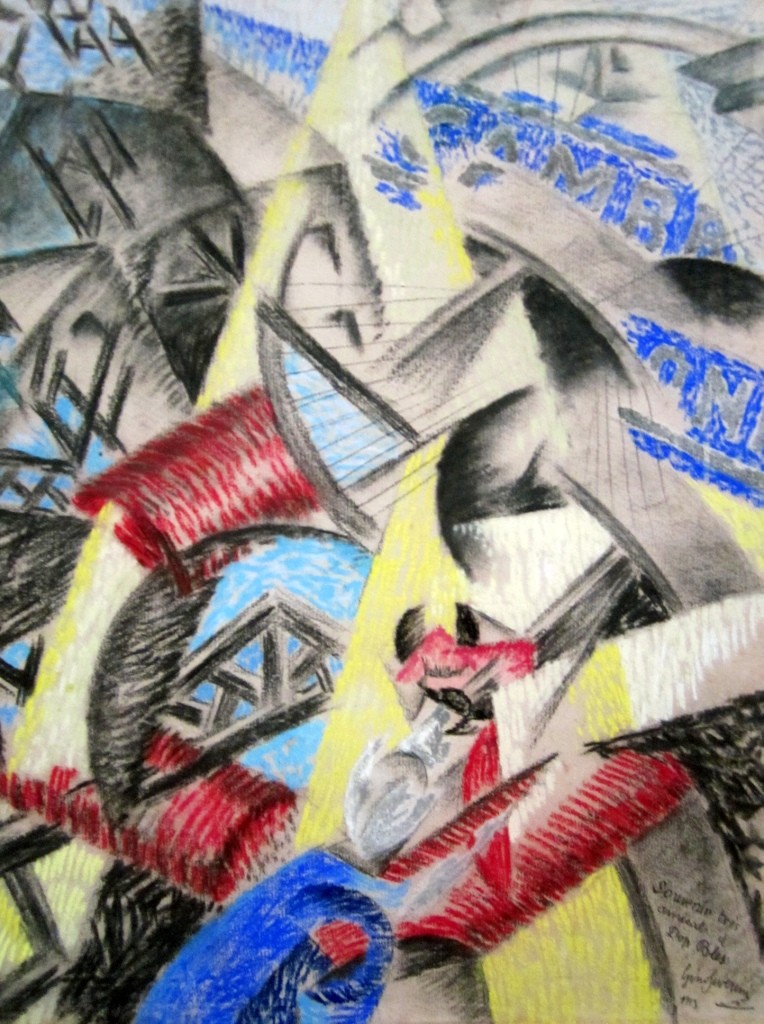