On a Friday morning I am to meet one of the people I admire very, very much. As I clear my mind with one last cappuccino and a before-photo (see below), I step into the first room. His eyes strike me. Dark and watery, knowledgeable and exotic. Non-existing anymore and yet they’re here, right before mine. Huhm, you haven’t landed on page 1 t/m last of 50 Shades of Grey… Larger than life, this is Rembrandt’s self-portrait room! I’m at Late Rembrandt in Rijksmuseum Amsterdam, the greatest exhibition in the Netherlands for the rest of the year (safe to say!), and De Museologue is here, at day one, to submerge in 17th century art.

Master of paint and print

Rembrandt van Rijn, you’ve heard of him I presume. One of the great Dutch masters who created paintings like the famous Night Watch (De Nachtwacht). Did you know he also made countless etchings? I was surprised at seeing that Rembrandt has made so many. They are in the same dramatic style of high contrasts as Rembrandt’s paintings. Some of them are small yet elaborate and depict every day characters, very cute. Others are larger, more storytelling and impressive. They form an important part of the exhibition and are often placed in context together with the paintings. 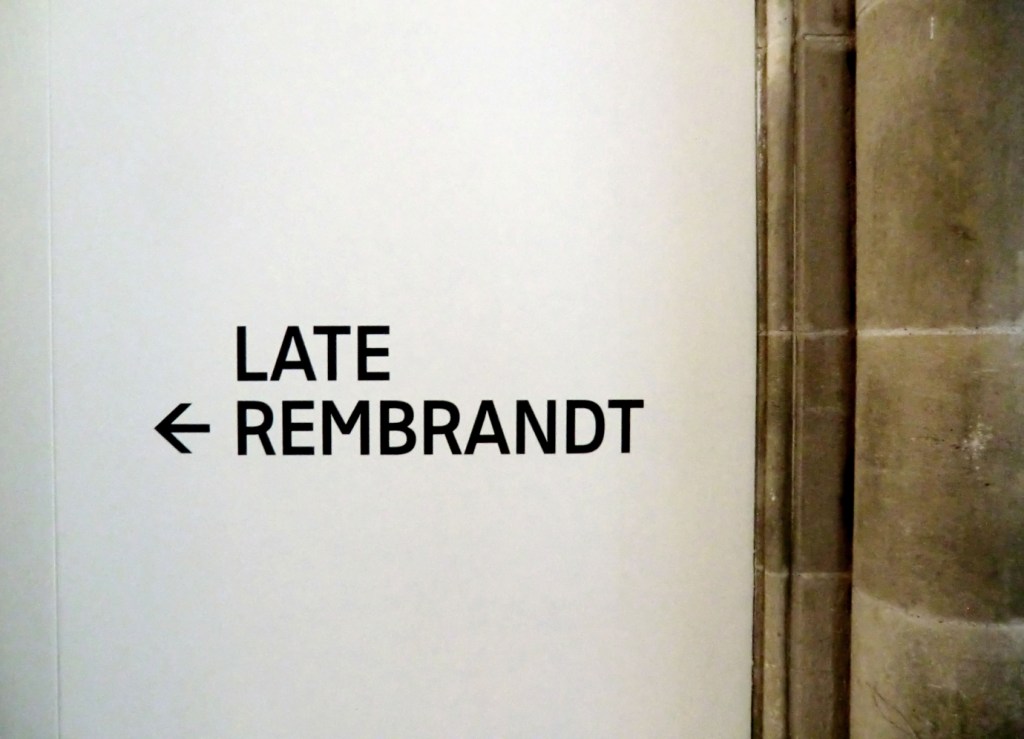 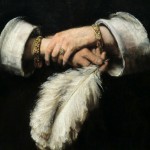 Those contexts make this exhibition so good. I mean that the curators put art works together that tell a story of a phase in Rembrandt’s life. Or paintings that show different versions of a topic, like portraits of the rich and wealthy. And then it is explained how Rembrandt made those and for what reasons. Explained in very well written texts, by the way, understandable and structured. A strong phase-room is ‘reconciliation’, where the people painted have subtle facial expressions. I love how that subtlety made the figures interesting and real, like Mona Lisa, but greater. At the same time, they reflect the peace that Rembrandt found in his life after all kinds of sorrow struck him. The deaths of his wife and son, his bankruptcy; it all comes together in this art.

Drama brings out the knifes

The drama in his life made Rembrandt more daring in his techniques. He became a master of the knife. Not in the kitchen but on the canvas! He used this carving in the paint to create dramatic texture, as if the fabric of costumes became 3D. And with the back of his pencils he created tiny curls in the paint. How interesting that taking away paint makes it look as though those tiny hairs pop out from the painting! And if we take into account that the standard painting of the 17th century was still smooth, shiny and perfectly polished, you can imagine the artistic earthquake that Rembrandt caused. And how little Rembrandt cared about being like all the others… 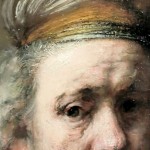 Now you know why Rembrandt is worth your visit. His paintings are impressive, his etchings moving, and his personality kind of present through the art. And if you know how to appreciate painting, you’ve run out of any excuses to visit Late Rembrandt. I am pretty sure you’d do yourself a giant favor by seeing it for yourself.

Late Rembrandt in is Rijksmuseum until May 23. You can (read: have to) buy a supplement for the exhibition. In the museum or online, which is much faster (get them here!). For more information you check the website of Rijksmuseum. Last but not least: bring your camera…but don’t forget to look! I saw people stand in front of a picture, take a photo and turn away. What??

( *Jan Pieterszoon Sweelinck was one of the few notable composers in 17th century Holland. He was still alive when Rembrandt was born. Sweelinck composed for choirs, organ and harpsichord..not very contemporary, but a good impression of the Golden Age, Rembrandt’s world!)