This week it was announced that a ‘Jan Lievens’ has been discovered. The still life was awaiting its recovery from the museum depot where it had been for many years. For decades, museum and art experts disputed which artist, that must have been a master, created the vanitas*. And now researchers of the Rijksmuseum, Amsterdam, are sure of it: its master was Jan Lievens. A direct colleague of the great Rembrandt van Rijn and known for his obsessive eye for detail.

Of course, what we want to know now is: ‘who was this Jan Lievens?’ And then of course without excessive details, we’ll leave that to the master! So enjoy this concise overview (and go look at the painting in the Popup Museum in Amsterdam!).

Jan Lievens lived from 1607 until 1674. He was born in Leiden, but like many successful artists he traveled throughout the Netherlands and abroad for study and assignments. And, also as many esteemed artists, he held contacts with the rich and famous of the Netherlands. Among them were Johan de Witt (most influential politician for a while), Constantijn Huygens (secretary of the state and great poet), and several ladies of the Dutch leaders. Lievens made paintings for a few palaces in the Netherlands.

Jan Lievens worked in the 17th century, meaning his art fit in with the trends back then. First of things you should know is that most of his work wasn’t religious. The 17th century was the first century where art became more secularized. Thanks to the incredible trade in the Netherlands, many families became newly rich. Those people became interested in buying art too, as a second interest group next to the royal and political powerful. So art became a little less state-owned than before. Jan Lievens benefited from that development. First, he could earn good money with his art. Lievens was specialized in painting portraits and historical scenes, absolute hits in that time. 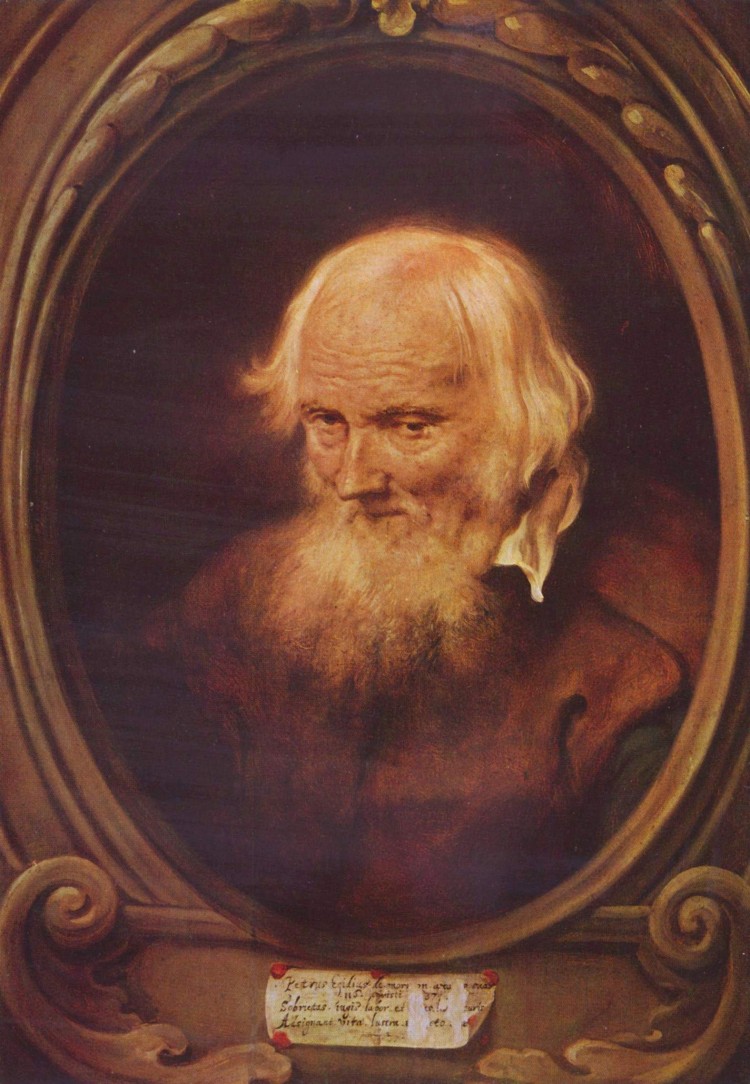 And second, he could do it with non-religious topics and more realistic works. That paved the way for realistic portraits, a large portion of Lievens’ work. He experimented with realistic faces that carried some wrinkles, for example. This was previously undone in Medieval and Renaissance art. Well, and then there are the Italian inventions like the workings of depth in paintings, that reached Lievens’ range of skills. Baroque art with its drama and light-dark contrasts spread to the Netherlands. And so the movement and dynamic inspired by Italian masters, like Caravaggio, are clearly found in Lievens’ work.

If you read something about Jan Lievens, Rembrandt van Rijn is never far. Why? Because both came from Leiden, received art classes from the same teacher, and worked together in an art studio. They even finished or retouched each other’s works sometimes! Needless to say that their early work was quite similar. That’s why that work is sometimes hard to ascribe to either painter. From the 1630s they started working apart from each other, Rembrandt in Amsterdam and Lievens in England for a while. That’s when their styles also grew apart, but never too far!

Nice to know: Rembrandt ‘s work became incredibly popular in the 19th century. Today, he is still better known than Lievens among most people. But in the 17th century, among contemporaries, Lievens was the most admired of the two masters. In Leiden, their birthplace, Lievens was much more of a celebrity than Rembrandt. Perhaps this will make you look at Lievens’ art a little different now?

The still life of Jan Lievens

The history of the still life, that is now officially ascribed to Jan Lievens, is..well, a little strange! The painting was found in the depot of Museum De Fundatie (sorry, the article is in Dutch!) in Zwolle, a city in the northeast of the Netherlands. The person who started that museum, Dirk Hannema, bought the painting for a few hundreds of guilders, believing that it was made by one of the masters from Leiden. It now turns out he was right, but he himself wasn’t always very sure about the painter itself.

Originally, he thought it was painted by Lievens, but influenced by art collectors and expert he later believed that Rembrandt, the other great Dutch master, worked on it as well! And later still, he was led to believe the creator was an English painter, Baily. Well, in the end, when Hannema passed away, the painting was left without an official artist attached to it. Until last week, when researchers of the Rijksmuseum finally ascribed the painting to Jan Lievens, based on the techniques used. Turned out Hannema was right after all! 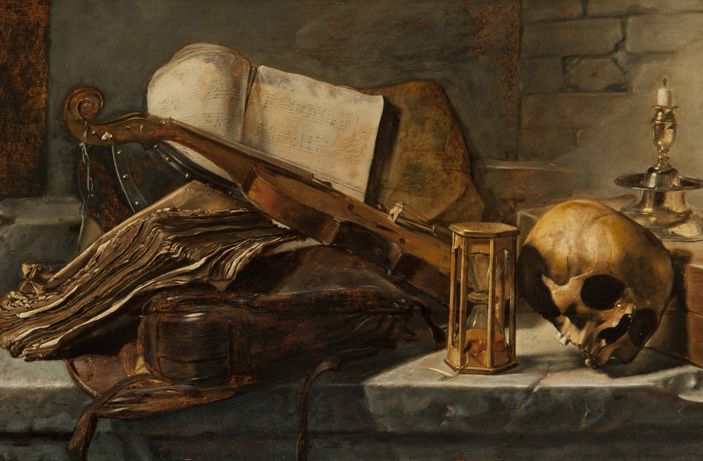 * A vanitas painting is a still life that reminds us of our mortality. It often shows symbols like skulls, fruit in decay or hour-glasses. It was very popular in 17th century Netherlands.